During the winter months, my time is taken up with sports photography. When time permits, I will go out and explore with my camera. Otherwise, I will be sharing my adventures from last year as I have a large backlog of photos from my travels.

Today, I am returning to Olympic National Park as my wife and I hiked up Hurricane Hill on Hurricane Ridge as part of our vacation last August. The Hurricane Hill Trail starts 1.5 miles from the Hurricane Ridge Visitor Center up a winding and hallowing mountain road. The trail is well groomed and maintained but not handicap accessible beyond the parking lot.

Not in the best of shape, we took it easy and started early in the morning to take advantage of the cool temperatures and to beat the crowd of tourists as this is a popular trail in the park.

Along the way whenever we would take a rest break, we were treated to breath taking (sometimes literally) views of the Olympic Mountains as we climbed up the trail.

At the top of Hurricane Hill, we were treated to 360 degrees of views from the Olympic Mountains to the South with Port Angeles and the Straits of Juan de Fuca 5,757 feet below to the North. The elevation change from the trail head to the top is 650 feet. 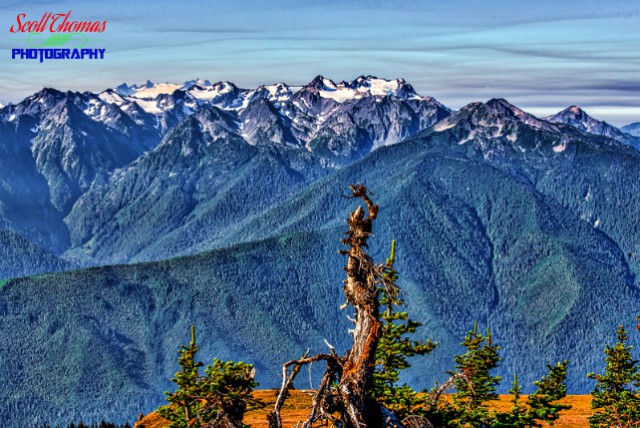 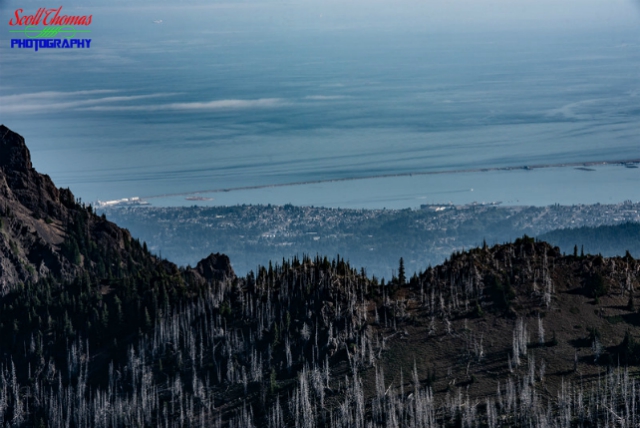 At the top of Hurricane Hill, I switched from using the Nikon 24-120mm f/4 VR lens to the Nikon 70-200mm f/2.8 VRII lens. The 70-200VRII is known as a sport lens but worked very well as a landscape lens on this hike. At full magnification I was able to pull in Mount Olympus from Hurricane Hill. Mount Olympus is the tallest mountain in Olympic National Park at 7,980 feet.

On our hike back down the Hurricane Hill Trail the longer lens came in handy as we spotted and photographed the sub-alpine wildlife. This was a big treat for me as all the wildlife were either hibernating or had migrated elsewhere back in 1981 when I interned at Olympic National Park.

From left to right: Olympic Chipmunk (Neotamias amoenus caunnus), Blue or Sooty Grouse (Dendragapus obscurus) and Olympic Marmot (Marmota olympus). Both the chipmunk and marmot are species only found in Olympic National Park.

A word about the hike. As I stated, my wife and I were not in the best of physical condition but, by taking our time with lots of rest stops, we were able to do the 3.0 mile round trip hike in 3 hours and 20 minutes. Keep in mind the entire hike is above 5,280 feet or 1 mile in elevation.

Our Hiking Time for the Hurricane Hill Trail.

We brought lots of water in two 25 ounce insulated water bottles, snacks and sandwiches for a meal at the top of Hurricane Hill. Afterward, we visited the Hurricane Ridge Visitor Center’s snack bar for lunch and ate it while sitting at a picnic table overlooking the Olympic Mountains.