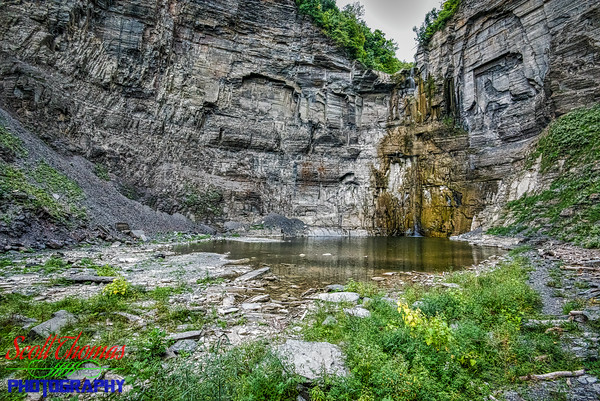 I have seen Taughannock Falls in Taughannock Falls State Park near Ithaca, New York in all kinds of weather and at various seasons over the last seven years. I have never seen it like I did last weekend. There was barely any water falling. In fact, it was more like trickling down the gorge. The deep plunge pool was the only thing indicating what is normally a large amount of water flowing.

The Finger Lakes region of New York state has had drought conditions for most of the summer which has affected the mightiest of the region’s waterfalls as well as all the others. I was just amazed at the lack of flow.

I processed this photo using Macphun’s Intensify CK which pulled out all the details in the gorge’s rock surfaces and helped to control the bright sky at the top of the waterfall.