I played ice hockey goalie for a season when I was young and foolish. Today, I marvel at the athleticism and skill of the goalies I have and do photograph at the AHL and NHL levels. They do get their fair share of players crashing into them, pucks hitting their masks and the occasional ice shower from an opposing player. 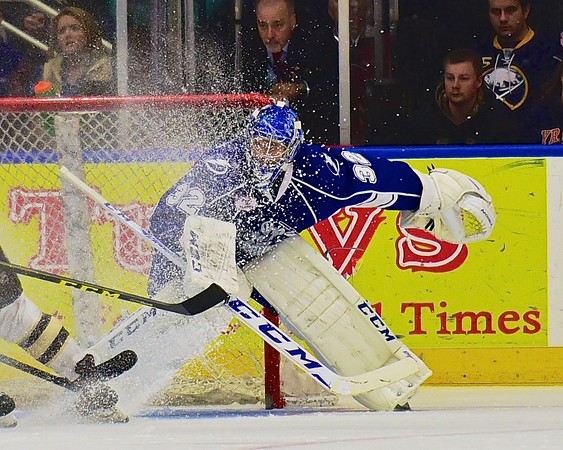 Yet, these guys enjoy it all, laugh it off and frustrate shooters as much as possible. Keeping the puck out of the net at all costs brings them joy.